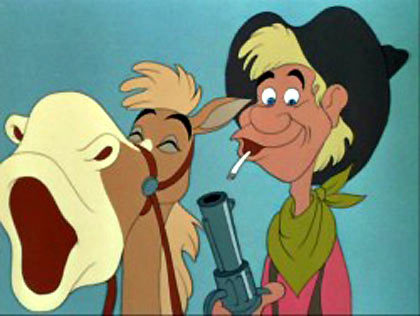 The first thing I thought of was something definitely inappropriate – I had read “tale” as “tall” and then there was “tail” and, well, I’ve got a filthy mind.

Draw your own conclusions.

Then I thought of puppy dog tails. There’s a shortage of those in the house, given Knox and Oscar are boxers and don’t have tails.

Thank God in the case of Knox because we’d constantly be bruised and battered given his ability to wag his nubby at 1,000 miles an hour.

Then I thought of “Tall Tails” but in a G-related way. 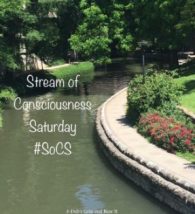 This is, of course, a Stream of Consciousness Saturday from Linda G. Hill. The prompt is tale/tail.

I started thinking of how much I enjoyed – and I shouldn’t eat cheesy poofs when trying to type one of these, my keyboard has a little bit of orange on it now.

Anyway, started to think of how much I liked to read the tall tales of the old west – Pecos Bill, Paul Bunyan and Babe the Blue Ox, Johhny Appleseed.

I remember Pecos Bill lassoed and rode a tornado — or was it a cyclone?. And I have a vague memory of one of the other stories and his girlfriend – Sue – and how the hoops in her skirt got to bouncing and she bounced all the way to the moon and Pecos Bill had to lasso her down.

Used to like to read about the Wild West. Custer was a vainglorious moron who got his men killed. His wife did great work burnishing that fucker’s legacy. He also led a cavalry charge on the 3rd day of Gettysburg that stopped the Confederate cavalry from hitting the Union line in the rear during Pickett’s charge – so he did play a role in keeping America, America. Not sure the assault would have worked anyway, but it is a “what if” of American history – and had Lee’s plan worked and the Union army been split at Gettysburg . . . who knows. I digress.

Anyway, loved reading about Geronimo, Kit Carson, the Oregon Trail, Pony Express Riders, the Indian Wars and eradication of the buffalo always made me sad – even as a kid. Still makes me sad. Read about the Texas Rangers and Davy Crockett and the Alamo. The men and women who made the old west were some tough sumbitches.

Paul Bunyan was the tallest of tales. He was a lumberjack. Babe the Blue Ox was blue because Paul rescued him from freezing and he got so cold he turned blue and never turned back.

He chopped down so many trees or something, he walked to California. On the way, he was so tired that he dragged his axe behind him and that made the Grand Canyon. There was something about walking through a blizzard in Minnesota and his and Babe’s footsteps made it the land of 10,000 lakes.

Then there was John Henry, tunneling through the mountain to prove he was better than a steam engine. He won (I think), but his heart gave out. Or something. Good Johnny Cash song though.

Those are the main ones I remember.

There was a Disney cartoon of Pecos Bill that I never really liked.

Just watched a few minutes of this one and, while I love me some Disney movies, not this one.

Vaguely remember watching the Disney Paul Bunyan short when a small child as well. Was OK and waaaaaay better than Pecos Bill.

Of course, some of the real tales of the Wild West match anything made up – the Donner Party, the Alamo (which I’m looking forward to seeing again in April, bummed that the theme park of the John Wayne set is now closed – always wanted to go there), Jim Bridger – I think that was the guy they based the Revenant on.

For a modern day Tall Tail, highly recommend Lonesome Dove. One of the best novels I’ve ever read. The others that McMurtry wrote about Call and Gus are good too, but Lonesome Dove is the best of the lot.

And that’s my 20 minutes – give or take 30 more from watching cartoons in the middle.