E and the Pursuit of Everything (#AtoZchallenge) 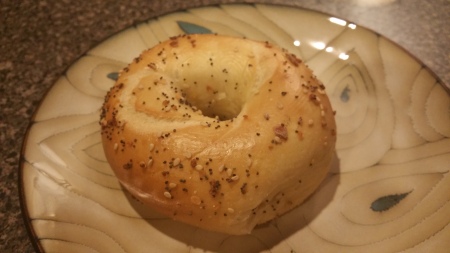 You can have it all. Get everything you can. You deserve the best of everything.

Really, who doesn’t want it all?

But what’s all. And what’s everything?

When I first started thinking about this post earlier today, it was a screed against consumerism and our throw away culture. But, meh, we all know deep down that our footprint on the earth is a heavy one and at some point, hopefully, soon, we’ll all start to do better. And people have always wanted stuff – those Egyptian treasures, Versailles, native American bead-decorated dresses, the treasures (or crap, depending on one’s and ones wife’s perspectives) in antique stores are all markers of our desire for “stuff.” Mankind has a long history of accumulating a bunch of shit to decorate and even enhance our lives. And an equally long history of throwing it away, in the 1400s (I think it was) garbage was piled up so high outside of the city of Paris’ walls that it interfered with the city’s defense.

I digress. So I started thinking on a different angle.

I sometimes wonder if trying to have it all we often end up with less (enjoyment, sense of fulfilment, fun, satisfaction. Stuff.) because instead of enjoying where we are and what we’re doing we’re looking to “what’s next.” And not all and everything in the sense of material things, but always looking to experience as much as possible. It’s a big, big world – I don’t think there’s literally a way to experience all of the cool and awesome things to do on this planet and amongst all the peoples that live upon it.

I chose an “everything” bagel to illustrate this post because A) I wanted a bagel, B) I couldn’t decide which flavor I wanted, so, hey, looky-there, and C) I could easily take a pic (so long as I didn’t get too hungry first). As I was about to post this, the bagel fits – or I’ve been awake too long. Sometimes you might want everything because you can’t decide on the one thing you want. When you’re looking indecisiveness between the onion or the sesame bagel, that’s a pretty easy fix. When you’re looking at all the things in life you want to do, the need to prioritize and pick what you want becomes a tad bit more important.

We’re going to miss shit in our lives. Often some very cool and awesome shit. You really can’t have it all, so suck it up and get over it. Just where I live (about 15 miles south of Baltimore), there is enough to do and see within a 90 minute drive to keep me occupied every weekend for at least a decade – and that would be doing something new, going someplace different every single weekend. I can’t do that. One, I don’t have the energy –sometimes just hanging out at home is the activity of the weekend. My youngest plays soccer, so some weekends are out to see her games. That would also mean missing out on returning to places I enjoy – like Gettysburg (probably 50 trips or so and counting, and I’ve enjoyed every trip).

Not trying to be too Zen here, but want very often leads to more want. A friend of mine once said something that stuck with me along the lines of “I just want enough money to be able to eat, live somewhere nice, raise my kids, and have a little left over to indulge in some hobbies.”

What about satisfaction? Isn’t that better than everything? Could that be everything? Isn’t that one way to define “having it all”? Hell, even if you’re super-rich, you can’t ever have everything. There’s always going to be something missing – another crazy expensive watch, another car, another house, another yacht, an island (OK, I’d love to buy an island).

I’m not going to tear down wanting stuff – we all want stuff for whatever reason. I love books. And toy soldiers.

I can never have all of the toy soldiers I’d like to collect – actually, that’s not totally true. With a larger salary, I could purchase every new release from all of the companies I like – it’d be like buying a large car every year, but I’d do it if I could. And it’d have to be a much larger salary. If I were able to do this, I’ve wondered if I’d be able to enjoy the ones I have managed to collect as much as I do. I’m fortunate enough to be far from poor, though not wealthy, and when I select a figure to buy I look at it, compare it to others I have, give it a think, and then press “buy” (or add it to a Christmas or birthday wish list). I think it would be awesome to have “all” of the ones I want, but would they be as special as the ones I’ve collected so far?

Maybe. I don’t know. And, selfishly, I’d like to have the wealth to find out.

Having it all is going to be different for everyone, to state the hugely obvious.

But maybe it is the pursuit that’s the good part. The journey. And the continued pursuit of excellence in everything. Maybe those experiences are going to be everything for some folks. Feathering one’s nest might be all for someone else. Providing for your kids. A life of service. A mix of all of the above.

And I do want everything I want. But maybe my wants aren’t as big as they used to be. And EVERYTHING is now just everything that’s important to me – and that’s constantly evolving, or at least shifting to and fro a bit.

I’m still trying to figure that out – and probably will until they roll me into the grave. But, at least I’m starting to think about it rather than just assuming that one day I’ll have it all. And even if I never have my all and my everything, at least I’m trying to give it a shot and enjoying the ride to try to get there.

*Love this Queen song. Also, do yourself a favor and search Youtube for George Carlin’s bit about “Stuff.” It’s hilarious, and has made me think off and on about the amount of stuff I’ve accumulated in my life since I first saw it on an HBO Special, I think this one.