Written by bryantduhonPosted on February 3, 20186 Comments 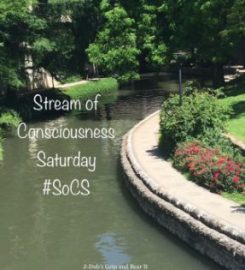 “In other words” is a phrase that, now that I think about it, drives me semi-nutty.

Because, “in other words” you couldn’t figure out how to say what the hell it was you wanted to say the first time.

If you do that, just say “let me put it another way.”

I just realized that sounds pretty douchy too.

It’s hard to say what you want to say sometimes.[As always, this Stream of Consciousness Saturday is prompted by Linda G. Hill. Today’s prompt, you may have guessed: “In other words.”]

Especially in the world of business, where there is STILL confusion between using “professional” language and just talkin’. 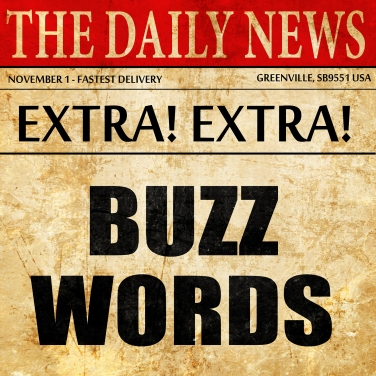 And any words that are “ize.” I think people should be poked with a cattle prod for utilizing utilize when “use” is a perfectly fine word to use.

OK, not ALL “ize” words, personalize and many others I can’t think of right now are perfectly legit – but you know those “ize” words when you hear them.

Why do we rely on these verbal crutches like “in other words” or “I meant to say” or “let me rephrase”?

Hmmmm, as I’m halfway through my harangue here, I’m realizing (that’s a good “ize” word, by the way) that maybe it’s not the idea of saying something another way because you mispoke that drives me nutty.

It’s the idea that “in other words” as an elitist language glitch – first Imma gonna use some big words and complex logic to make a point so that I sound like the most educumacated sumbitch in the room. Then, when I see the looks of incomprehension on the mental midgets arrayed before me, I’m going to say “in other words” and repeat the same thing clearly and not like a pompous ass.

Maybe it’s the tone of “in other words” that gets my panties in such a bunch.

I know that I garble what I want to say all the time.

Sometimes, the mouth moves faster than the brain. Or the brain is half-way through arranging my thoughts, but my mouth says, “Eh, fuckit, let’s get started.”

So I know that I’m often backtracking or trying to say something in a different way to communicate exactly what I’m trying to get across.

I’m much better with the fingers on a keyboard or pen on paper (except for these SoC things where anyone who’s ever read one of these understands why the previous two sentences are true because the fingers are slightly slower than the brain and not editing anything).

When I’m writing and thinking through what I actually think instead of just talking, I’m usually in much better shape.

This might be weird, but I think of “in other words” as just a long-winded way of saying “or.”

Like Rocky and Bullwinkle show titles – Our next episode, Monster Moose or The Moose That Scared the Entire Town, Even Natasha. Or maybe that’s just or and not an “in other words.”

In other words, maybe I don’t know what the hell I’m talking about.

I still hate buzzwords though. I don’t want to put a pin in our dialogue about transforming our talent acquisition as we pursue an out-of-the-box conversation.

No, I want to put a pin through your tongue so you’ll never utter such communication malfeasance again.

Or, let me rephrase, using big words and business-speak because it’s “more professional” usually signals (whoops, see what happens when you write about buzzwords) that you don’t really know what you’re talking about and you’re just trying to tap dance your way through a meeting without looking like an ignorant buffoon. Which, in my mind, makes you look like an ignorant buffoon. But that could just be me.

Or, let me put it another way, speak as clearly as you can at all times to avoid as much misunderstanding as possible.

Or, let me rephrase, use words that people understand to tell them what you mean.

It’s hard enough to get the words out of your head to express a feeling or share an idea or make a joke or comfort someone or try to get their number (note: I don’t do that anymore – not that it ever worked anyway) in a way that the person on the receiving end will understand.

Anyway, that’s my 20 minutes for Stream of Consciousness Saturday. And, OMG, this was even more muddled than usual.

Apologies for anyone with the cojones to have gotten this far!