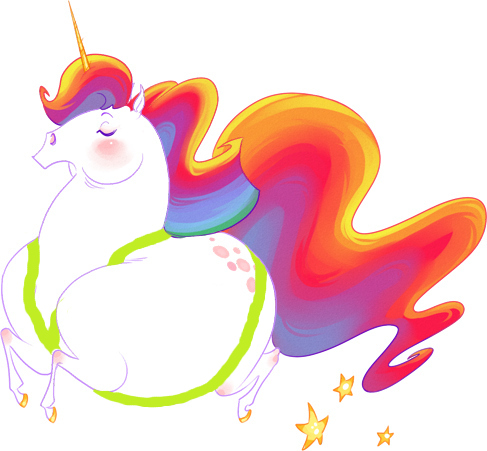 My career took – maybe not a U-turn, but a decidedly different direction – when I learned in December 2008 that:

At that point, I began to “do social,” which via winding pathways has lead me to “doing inbound and content marketing.” The fact that I was doing the social thing, and still do to an extent, is pretty ironic given how anti-social I am at times. I like it much better behind the keyboard most of the time.

Enterprise 2.0 was the big buzzy word back then. Everything was 2.0 this and 1.0 that (representing those idiots who just didn’t get social); not to mention the occasional over-zealous 3.0 and 4.0 folks. The initial excitement around “social” was quite heady, but quickly got railroaded into a side railing through

I’m not saying at all that social business failed, just that it hasn’t succeeded as quickly as originally thought.

Social media (not the same as social business which isn’t the same as community management) fuels this belief that you’ve gotta be fastfastfastfast and if you don’t adopt the newest thing yesterday then YOU FAIL! You’re going to be sucking some millennials digital dust. Also you’re a loser.

Maybe it’s the frustrated history major in me, but: Bull. Shit.

It takes time to adapt to, understand, use, and then use in a way that makes sense for your business all of these social tools. (And I’m just going to put in a reflexive point about information governance here in deference to all my years at AIIM – in business, these social posts can be business records; what you doing about that? OK, reflex gagged now.)

I love Twitter and LinkedIn. I hang out on Pinterest, but mostly I used it to pin stuff I want to refer to later or to look for something to eat. Facebook I use to keep track of friends and family (you know, when Facebook actually allows something I want to read into my stream – over/under on how soon they jump the shark and piss enough people off to topple?). Using those for personal reasons sometimes overlaps with business, but not always. This blog. I wouldn’t say or write some of the stuff on here that I do on the Prospect Builder blog (or will, only one post there so far).

Just because these things exist and they’re fast doesn’t mean they make a difference. Will my life be the poorer if I still haven’t seen the latest Grumpy Cat video? Uh, no. Will my life be the poorer if I miss a ground-breaking piece of content on Marketing Profs or CMI? Maybe, for a while, but then the speed of social media works in my favor and I like to think that I’m smart enough to figure out what I need quickly and as well or better than most other folks.

Sometimes, I won’t catch up.

I’m good with that too.

I’m just saying that we’re just dipping our toe in all of these social tools. We’ve been able to digitize documents and find them electronically for 30-odd years. And still document management tools aren’t widely adopted or understood. Everybody’s still muddling through social.

Just skimmed this and, what I didn’t say, is that social is a shit ton of fun. Because it is fast and there are lots of new things, it’s fun to experiment. You can experiment too much (back to that business focus thing), but there are enough cool tools around for anyone to use to get into a good groove and experiment with new toys as they come out. Canva and Pablo are too quick and easy tools that allow you to create a poster, crikey, even I can do it.

Don’t get freaked out or distracted by the speed. Focus on the social that’s right for you and/or your business. Track it. Figure out what works. And have fun – because it is.

Where’s Shakespeare, I can hear you all asking. I only put Shakespeare in as an excuse to play with my handy-dandy Shakespeare Insult Generator. Since George only stares at me when I do this. Ahem, ahem: